John Wesley Powell made the first two organized river expeditions through the Grand Canyon.  The first expedition began at Green River, Wyoming, on the Green River.  The expedition followed the Green River through the canyons of Lodore, Desolation, Labyrinth, and Stillwater before joining the Colorado River above Cataract Canyon.  Powell and his crew continued through Cataract Canyon and Glen Canyon, finally arriving at Grand Canyon.  The crew had started on May 24, 1869, but did not reach the Grand Canyon until August 4.  Powell’s crew exited the Grand Canyon at the Grand Wash cliffs on August 29.  A few days earlier, Bill Dunn and the Howland brothers, decided to leave the expedition and attempted to hike out of the Grand Canyon via Separation Canyon.  They never made it.Powell’s second expedition followed the same route as the first trip.  Except, this time Powell decided to stop at the mouth of the Paria River, and explore and map parts of what would become Southern Utah and Northern Arizona on horseback.

Powell’s first stop and the supply base for his operation was Kanab, Utah.  All of the main members of Powell’s second expedition were in Kanab, Utah, in early December 1871.  This included John Wesley Powell, A. H Thompson, W.C. Powell, F.S. Dellenbaugh, F.M. Bishop, E.O. Beaman, J.K. Hillers, S.V. Jones, and A.H. Hattan.  Almon Harris Thompson was the leader when Powell was not around.  He was also the astronomer for the expedition.  W.C. Powell, Hillers, and Beaman were in charge of photography for the expeditions.  Dellenbaugh and Bishop made maps, and Hattan was the cook.

The first order of business for the Powell expedition in Kanab was to set up a “base line.”  A base line is a line of known distance that can be used to figure out distances across the countryside by using geometry and triangulation.  Powell determined  a spot just south of Kanab for the base line.  The line was 9 miles long and under ideal conditions, it could be used to figure out distances as far as 60 miles.  Thompson and the men set up a tent camp about 6 miles south of Kanab near present day Fredonia, Arizona.  The camp was constructed on the middle of the base line, west of todays highway 89A.

Christmas day of 1871, the entire Powell expedition had a celebration.  Emma Powell and Ellen Thompson made treats and plum pudding.  The tent camp had a main tent with a stove in it.  In addition there were two other separate tents for Powell and Thompson.  The men finished their survey work around Kanab on February 21, 1871.  Among their accomplishments was learning that Kanab was in Utah, 14,863 feet north of the Thirty-Seventh Parallel.  The thirty seventh parallel makes the border of Utah and Arizona, New Mexico and Colorado, and Oklahoma and Kansas.

Powell and his group liked being in Kanab.  They could pick up and mail letters.  They had access to blacksmiths to repair broken items.  There were carpenters to fabricate posts and other necessary survey equipment.  They had people who could shoe their horses and keep track of their animals, and they could find help for their survey work.  In town Powell cold buy meat, cheese, molasses, potatoes, vegetables, butter, and milk.  In addition Kanab offered a social life for Powell’s men.  They often attended dances at the Kanab schoolhouse,  dined with people from Kanab, and Captain Francis Bishop even joined a debate group.  John Wesley Powell’s wife Emma and his infant daughter spent some of the winter in Kanab.  As did Powell’s sister and Thompson’s wife Ellen Powell Thompson.  Ellen collected botanical species for the expedition.

From March until the first part of July the Powell Expedition explored the west end of the Kaibab Plateau, Dirty Devil River country, Henry Mountains, Mount Trumbull area, and Berry Spring(ten miles above Washington, Utah, on the Virgin River). Then it was time to get back on the Colorado River.  The group headed back to Lees Ferry, and completed their second Colorado River expedition, 143 miles downstream at the mouth of Kanab Creek.  They left their boats near where Kanab Creek joined the Colorado River.  Powell and his men followed the small stream for approximately 50 miles back to the small settlement of Kanab, Utah.

At the end of November of 1872 the Powell party was disbanded.  Most of the group headed back home to the eastern United States.  Dellenbaugh and Thompson stayed and worked on the map that is published in Dellenbaugh’s book Canyon Voyage:

“The map we made in a tent in Dec. 1872 and Jan. 1873 in Kanab. was based on our triangulation from the nine mile measured base line at Kanab. . . . Prof. Thompson laid down the triangulation points and I drew in the topography assisted by John Renshaw a new comer then. This map was soldered in a tin tube which I carried on my back to Salt Lake in Feb. of 1873 and sent to Washington. It was there divided into two parts which are reproduced in my Canyon Voyage. ” 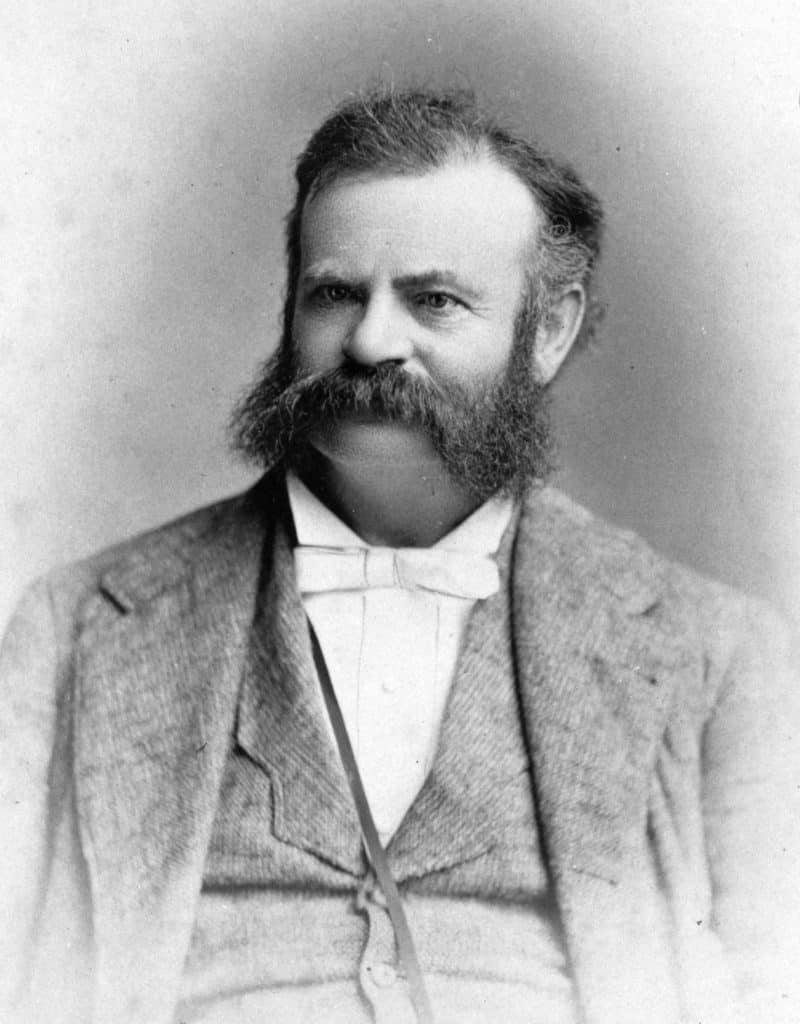