Side Tubes and Inflatable Bridge Pontoons For Sale 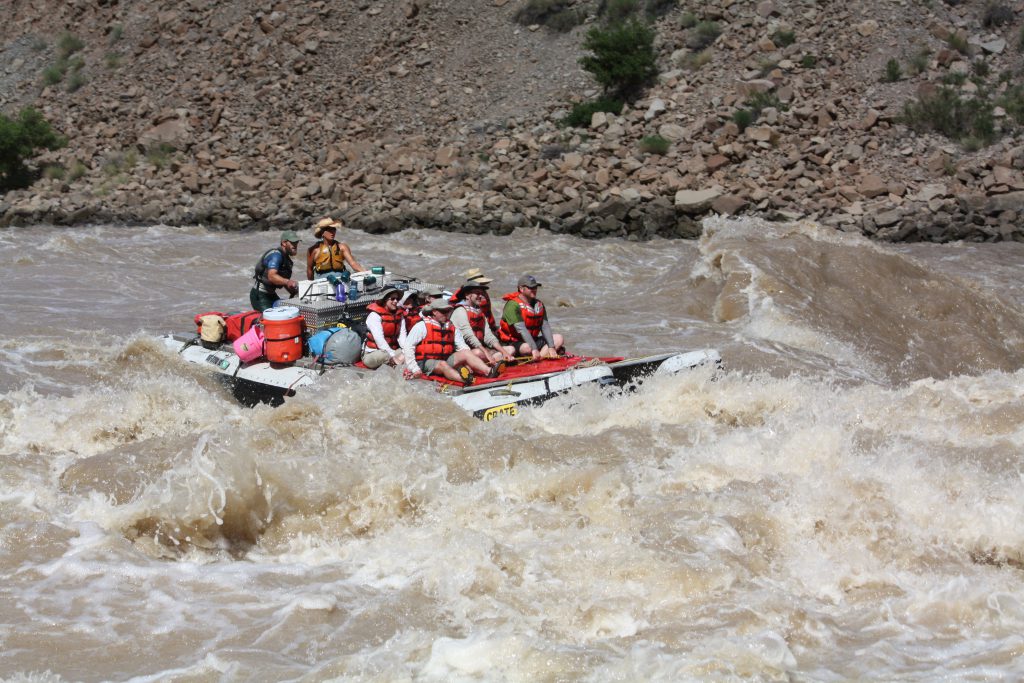 Our Top 3 Picks For Rafting the Colorado River

Home » Side Tubes and Inflatable Bridge Pontoons For Sale

We love river rafting and anything to do with boats.  Besides running rivers in the summer, Dave and Vicki Mackay started Mackay Marine Brine Shrimp Company in 1985.  The company operated during the winter months on the Great Salt Lake collecting Brine Shrimp Eggs, and it is now part of a Great Salt Lake CO-OP.   In the early days of Brine Shrimping, inflatable rafts were used, similar to the ones used on Grand Canyon rafting trips.  Over time, the Brine Shrimp industry moved to quicker Aluminum Boats with cabs to stay warm. 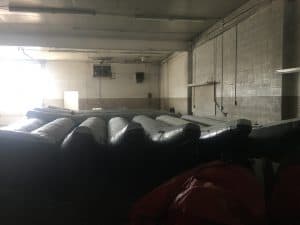 Because of our history, Dave Mackay has always bought and sold military surplus bridge pontoons and side tubes.    We have a large supply of 22′ rubber side tubes similar to the ones used on our Grand Canyon rafting trip motorized rafts.  We also have a large supply of 33′ bridge pontoons.  Lastly we have rounded end tubes that are close to 27 feet in length.  All of these tubes were used in the military for building bridges across rivers.

Side Tubes and J-Tubes For Sale 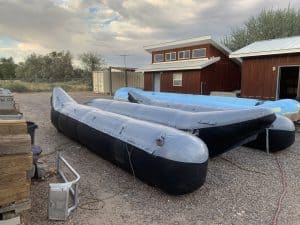 These are the side tubes and j-tubes used for Snout Rig rafts and on the side of S-rigs in Grand Canyon.  They are 22 feet long.  They have one end that is a “Snout” and one end that is rounded or blunt.  We have a variety of tubes from different manufacturers.  These Snout tubes are used in many different industries.  They are often used in salvage operations because they are so stable.  These inflatable tubes are also used for docks, bumpers, and floating platforms.  Inflatable snout tubes can be used on lakes, rivers, and oceans. 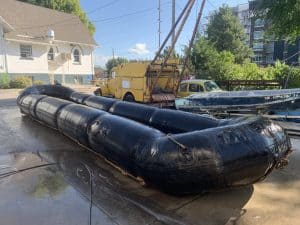 These are incredibly well made rubber pontoons from Belgium.  They are 33 feet long, with 36″ tubes.  They have floors that can be left in or cut out.  These can be used for a variety of different things.  These pontoons can be transformed into a motorized raft, a sweep boat, used as a dock, or as a swimming platform on a lake.  There are infinite possibilities for these rubber pontoons. 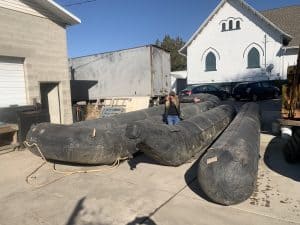 These tubes were manufactured to fit inside the 33′ Belgium Pontoons.  They are approximately 27 feet long and have a diameter of 36″ with 2 different chambers per roller tube.  These military bridge pontoons could be used to roll big barges or equipment.  They could also be used for salvage tubes to float up sunken equipment.

Spring Hiking & Rafting Special
The focus is on off-river hiking and exploration.

Our classic Grand Canyon rafting expedition. It offers ample time to see the sites and side canyons.

18-Foot rafts are rowed by guides. A paddle raft is available on a rotation basis.

Grand Canyon Rafting combined with a stay at the Bar 10 Ranch.

Home » Side Tubes and Inflatable Bridge Pontoons For Sale