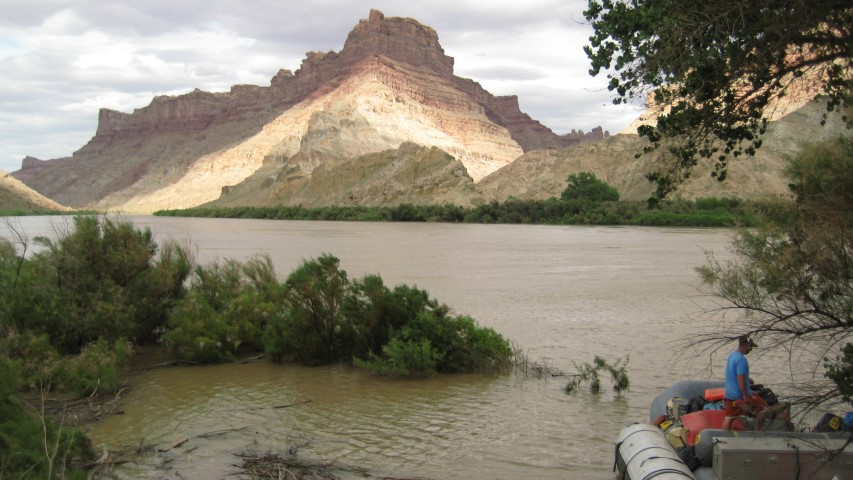 The snowpack in the mountains of Utah in June 2011 where 420% of average. The guides at Colorado River and Trail Expeditions knew that they were about to witness the Colorado River in flood stages that nobody had seen in nearly 30 years. In fact, the boatmen that were running the river in 1983 and 1984 were still talking about how big the water was in Cataract Canyon. The stories were told over and over again to the point where newer guides would reenact this legendary boatman by putting their hands on their hips, puffing their chest out just a bit and stare off into the imaginary distance with a voice full of reverence say, “back in ’83…” The truth was that we all just wanted our own stories to tell, to know just what it felt like to be confronted by waves like the Red Wall, standing a boat up vertically.

So when we saw the snowpack data, and how it just continued to stack up in the spring instead of meltdown into the rivers, we knew that there was potential for the water to get even bigger than anyone had ever seen before. We started to get ready, with newly acquired aluminum frames to run in our 35 foot long Leyland S-Rigs, fired up the motors and packed out the first trip. It was the beginning of June, and Cataract hadn’t yet reached its average peak flow of 50,000 cubic feet of water per second. When the big flows would boil down between the big canyon walls was anyone’s guess, but it was known that the cycle would begin just 3 days after the first sun-burn days of summer. Rigging the boats at the ramp we felt the first trails of sweat dripping down our backs and we knew the Rockies were melting. 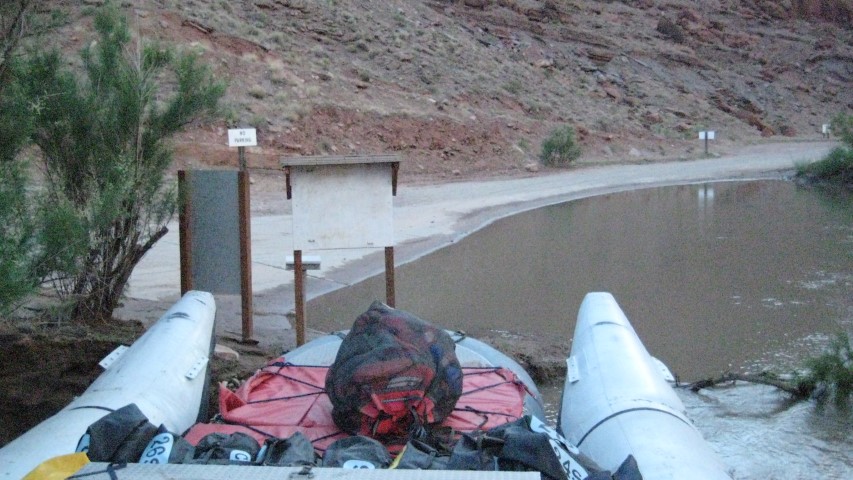 We were on a four-day motor trip, so we had plenty of time to hike side canyons to waterfalls and ancient Native American cultural sites. At Little Bridge Canyon we camped at my favorite high- water campsite, with Prince’s Plume, nodding off at the end of its bloom. 4 feet-high candlesticks, these members of the mustard family found root in the soils of this ledgy camp. 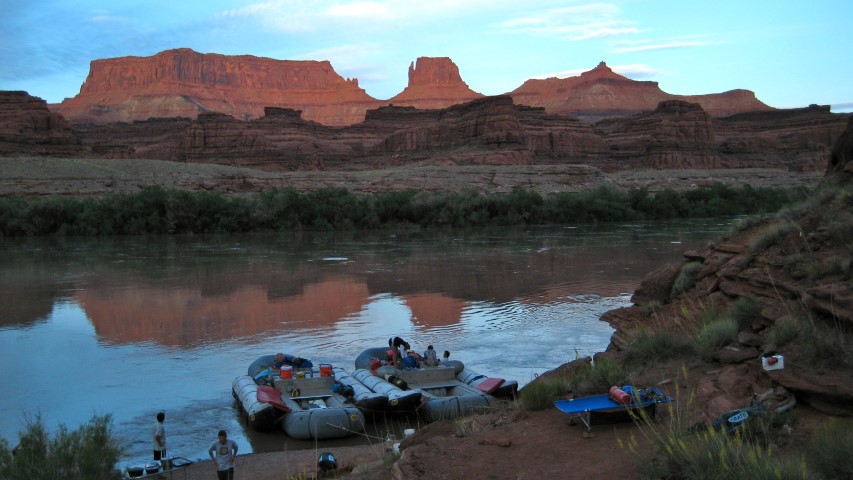 By the time we pushed off, the water had risen past the top of the main ledge and we knew the rapids were getting bigger down below. At Brown Betty Beach, the sand was buried, up past the base of the Tamarisk at the very top of the beach. We stopped for lunch. And while our group was eating Mexican salad wraps, we called out on the satellite phone to the Colorado Basin River Forecast Center to find out what kind of flow we were looking at. 67,000 CFS. None of the boatmen here had quiet seen this much water before and the intensity of the situation seemed to escalate. We cleaned up lunch, not eating much ourselves, and pushed off. Brown Betty Rapid seemed monstrous- if this is what class III looked like- we were in for a big day. When we got to rapid 7, the North Seas, and the haystacks stacked up, feeling like Hermit Rapid on steroids!

Capsize and Mile Long Rapids made us feel like we were running a completely different river. Our normal rock-monolith markers were now buried deep and creating ferocious hydraulics. Our big boats flexed in the troughs absorbed breaking waves and extended through the maelstrom up into the desert sky. It felt like a wild roller coaster, yet the boats felt surprisingly stable. At Big Drop II we stopped to scout and decided to go right down the middle. 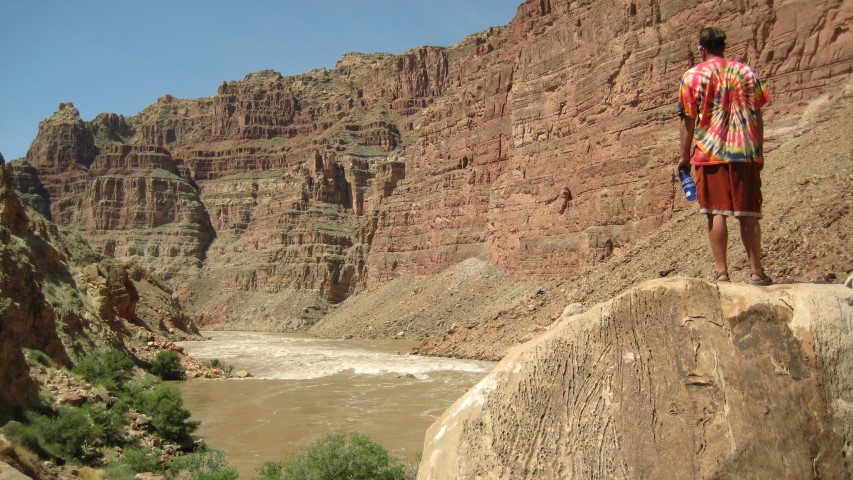 At this water level there was no gap between where the Ledge Wave lies, and the chaos from Little Niagara- today they met and formed the Red Wall. We motored in at full cob, and I’ll never forget the sensation of climbing, climbing, climbing, and the pure exhilaration of cresting the wave and falling back down the backside. Repeat customer and friend of CRATE Lina Berman filmed the following video from the front of the boat, and when she saw the Red Wall Wave approaching, she dropped her camera to hold on with both hands.

This crux of the canyon lasted but a few seconds, and while we knew there were more big waves to run below, the biggest was now behind us. The excitement and thrill from this day left an impression in my mind over the last few years. We saw nearly 80,000 CFS that summer, with the river peaking at 89,000 CFS. It did not get bigger than the high water seasons of 1983 and 1984 where it got over 100,000 CFS, but it was high water for much longer. The slower winter run-off related to above-average peak flows of 50,000 CFS for over 60 days. That’s 2 months of high water compared to the average peak day of high flow. And the next generation of boatmen did have stories to tell, enough to have rookie boatmen rolling their eyes now when we talk about 2011.

Of course, not everyone is looking for the craziest ride of their life. When the water drops, as it usually does in late June, July, and August, the beaches we camp on can stretch on for nearly a mile. The way that high water flows deposit fresh sand on the banks gives you the feeling that nobody has ever been there before. And with just 5,000 people traveling down Cataract Canyon a season, (compared to 25,000 in Grand Canyon) you just might not see anyone else at all. Cataract Canyon always holds some sort of mystic in my mind. As the winter approaches, I watch the snowpack to see what kind of runoff next spring will bring. Whether its big water or big beaches, wildflowers or slot canyons, the river running through Canyonlands has something amazing to share. 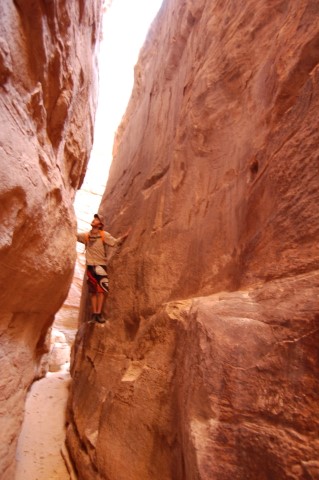 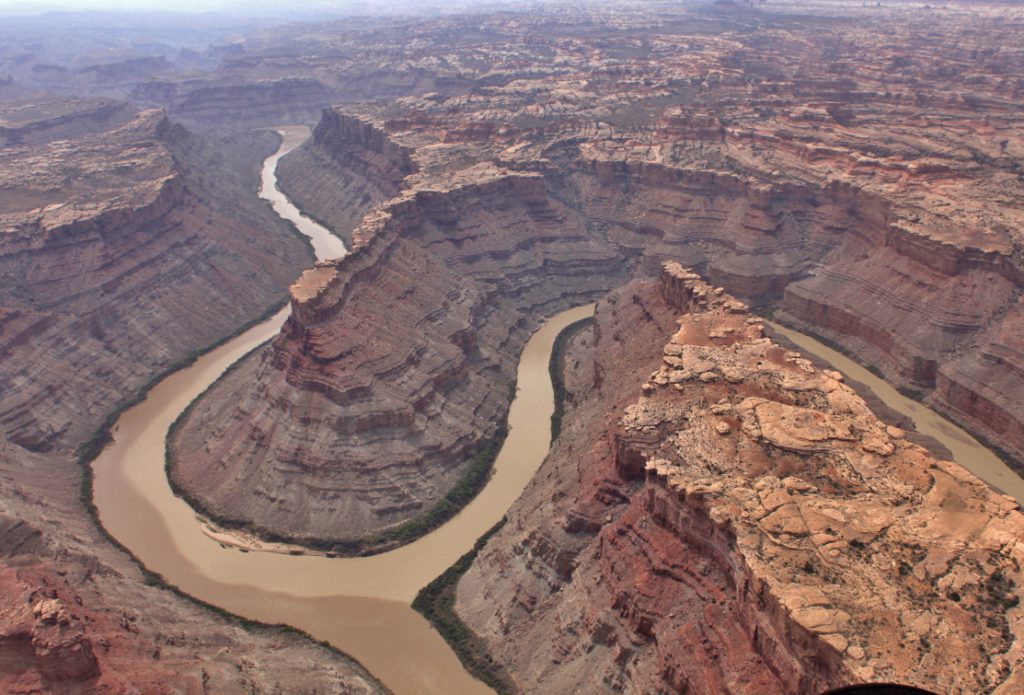