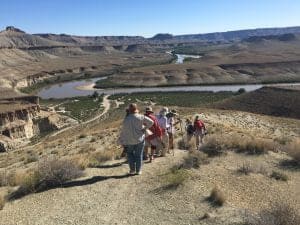 Desolation Canyon rafters hike down from the dirt runway to Sand Wash.

Desolation Canyon rafting trips on the Green River generally start at Sand Wash. Sand Wash is a dirt boat ramp about 100 miles North of Green River, Utah. The day before the trip starts our truck, crew, and gear drive from Green River, Utah to Sand Wash. Once at Sand Wash they rig the boats for the trip and prepare for the next morning when our guests arrive. Our guests fly up the morning of the trip from Green River, Utah on small 4-6 person planes and land on a dirt runway on a mesa above the Green River. Once at the runway their gear is transferred from the plane to the truck and one of our guides leads a mile and a half hike down to the river. Anyone unable to walk that far hops in the truck and is taken with the gear down through the dry wash back to the rafts. Once at the river, gear is loaded, life jackets are fitted, and everyone is given an orientation about the environment and safety. Then its on to the river for 5 days and 4 nights on one of the most beautiful and fun stretches of river anywhere. 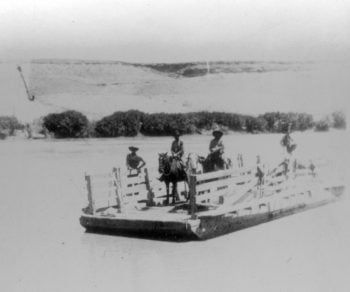 The Green River has always been a barrier for travel. Early fur trappers and frontiersman had to ford the river or build boats out whatever they could find. Early in the 1900s it was still a major undertaking to build a bridge across a river the size of the Green. Henry “Hank” Stewart operated a ferry at what is now known as Sand Wah during the 1920s. The ferry was mainly used to transport livestock between summer and winter ranges. Up to 45,000 sheep passed by Sand Wash each year. The ferry had a capacity of 50 sheep per trip. They were sheared across the river from Sand Wash to what is referred to as the “Wrinkles” side. The wool was then carried out by Wagon. In Stewart’s best year he made $2700 dollars form the ferry. He charged 3 cents per sheep to use the ferry and one dollar per wagon. 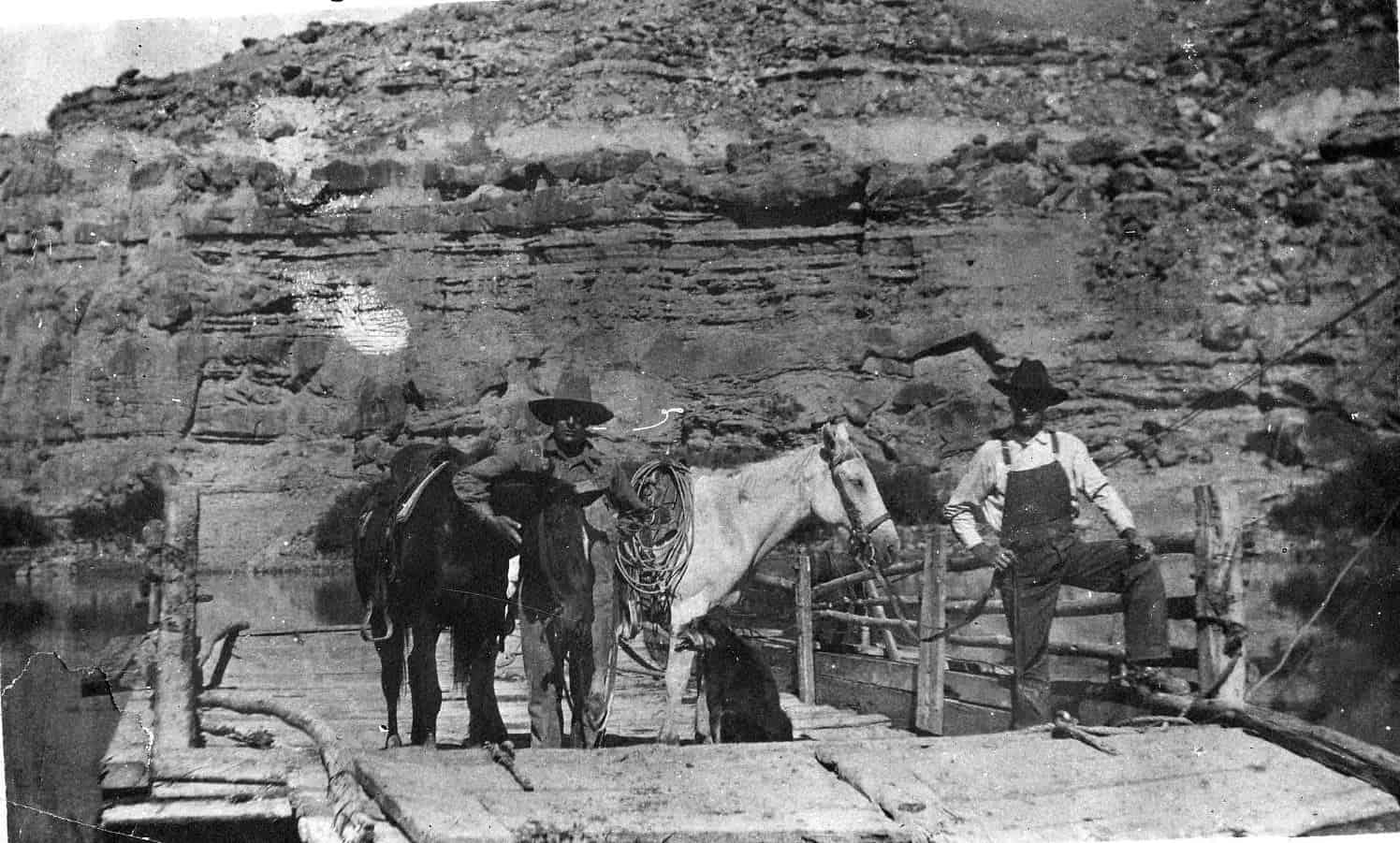 Stewart sold the ferry somewhere around 1930 and moved to a different location. The ferry was operated under different management until 1952. In addition to the ferry Stewart also built a manger, livestock shelter, and cabin that you can still visit. Stewart transported his cabin to Sand Wash from Ouray, Utah. The cabin was disassembled, labeled, and hauled 35 miles over river ice to Sand Wash. The cabin has lost headroom over time due to spring floods depositing layers of mud on the floor. Stewart also built a work shed and corral. In addition to his work with the Ferry, Stewart was also a friend of Butch Cassidy and his gang, spoke the Ute language fluently, rowed for a couple different river surveys, ran a route for the United States Postal Service, and worked his own copper claims. He worked hard to make a living in an inhospitable location. John Wesley Powell wrote of the area around Sand Wash and Desolation Canyon that “the walls are almost without vegetation; a few dwarf bushes are seen here and there clinging to the rocks…we are minded to call this the Canyon of Desolation.” 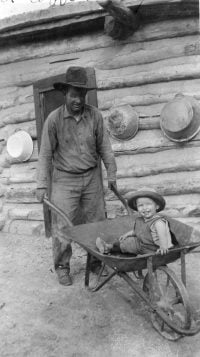 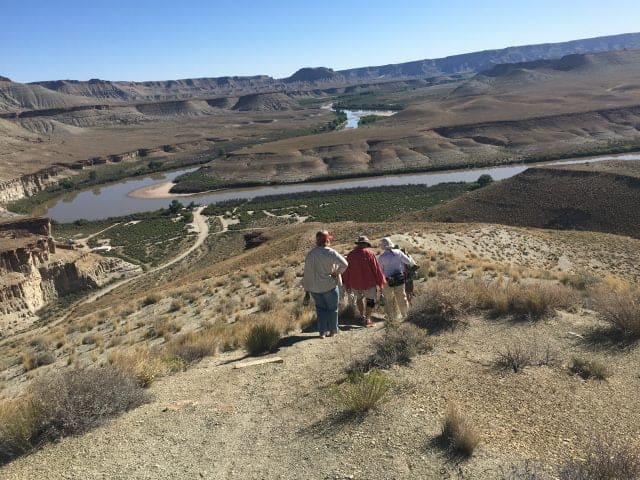