From the Green River to the Redwood Forest to the Grand Canyon, Martin Litton was unapologetically dedicated to the defense of wilderness in the American West. As a journalist and a boatman he was openly passionate and sometimes downright angry, critically weighing in on some of the region’s most contested environmental battles. Litton’s efforts achieved lasting results, not only setting him apart as one of the most respected and effective conservationists to date, but propelling the environmental movement into mainstream consciousness as well. He was an accomplished outdoorsman, river running legend, Grand Canyon outfitter and an integral protector of the wild places he loved. Litton died Sunday at his home in Palo Alto, CA, at the age of 97.

Litton fell in love with wilderness as a teenager when he and a friend rented burros and spent 12 days climbing Mt. Whitney in the Sierra Nevada Mountains. He was a pilot in World War II before tackling environmental issues as a journalist for the Los Angels Times, Sunset Magazine and as board member of the Sierra Club. His work eventually landed him on a Grand Canyon river trip and he was immediately hooked. He founded a river company called Grand Canyon Dories and ran commercial river trips in the small wooden boats until the mid 1980’s, all the while continuing the outspoken activism that he had become know for.

Though he spearheaded campaigns that turned the tables in numerous environmental battles, one of Litton’s most recognized accomplishments is his contribution to the defeat of two proposed dams on the Colorado River within the Grand Canyon. By publicizing the government’s plans for the dams, scrutinizing their research and writing about their process, he helped bring the nation’s focus to the Grand Canyon like never before. He nearly single-handedly convinced the budding Sierra Club to take on the cause of the Grand Canyon and he used his own boats and skills as a boatman to row the dam’s most powerful proponent through the corridor of the canyon itself. Ultimately, Litton was instrumental in convincing politicians and the public alike of the Grand Canyon’s intrinsic value as an untouched wonder and irreplaceable national treasure. The Sierra Club’s anti-dam campaign eventually led to the defeat of both Grand Canyon dams in the critical months just before the project would have been finalized, eventually flooding parts of the Grand Canyon and changing it forever.

Here is author Kevin Fedarko’s telling description of Litton addressing a board meeting of the Sierra Club in 1963 at the Jack London Hotel in Oakland, CA. In this excerpt form Fedarko’s book, The Emerald Mile, Litton implores the club to take up the fight against the Marble and Bridge Canyon dams.

“He began by declaring that it didn’t make a hoot of difference that the canyon might not look any different from the top if the dams were put in. The river was the essence of the place, its heart—the thing that had not only carved and shaped the rock but also sustained the unique and fragile ecosystem at the bottom. If the river were dammed, the spirit of that place would vanish, and what replaced it would be a poor substitute: a pair of stagnant reservoirs whose surfaces would endlessly and noisily be crisscrossed by powerboats and houseboats and water-skiers.

What this amounted to, Litton continued, was the annulment of a space whose value resided not in the fact that it was accessible, but rather in that it was isolated and untrammeled. Indeed, access to the masses was the very thing that would destroy what made the place so precious by canceling out those elements that the canyon now possessed in abundance—the silence, the solitude, and the fact that it was so implacably cut off from the rest of the world. Those qualities were as fragile as a little wooden boat, and as Roosevelt’s words clearly implied, the willingness to nurture and protect such treasures amounted to a national test of character, as well as a covenant with future generations of Americans. A test that the Interior Department and the Bureau of Reclamation had demonstrably failed. Inside the canyon, Litton thundered, Interior and Reclamation are interlopers, and we don’t have to surrender to their scheme because the place doesn’t belong to them. It’s our canyon. It’s our national park.

As for the idea that the government was too big and powerful to confront head-on, Litton’s contempt was scathing. Of course it will be an uphill battle, he said. Of course our resources are limited and our numbers are few. But in God’s name, how can anyone in this room look themselves in the mirror if we don’t resolve to go after this with everything we’ve got?

Historians often minimize or discount the impact that any one individual can have on human destiny—and for good reason. Given the broad tides in the affairs of men, and the complexity of the forces that shape and change history, it is almost always a mistake to ascribe too much significance to the actions of a single person. But even the most jaded observer can concede that, every now and then, a man or woman steps up to the plate and takes a mighty swing that clears the bases and fundamentally changes the game. In the Jack London Hotel that morning, this is what Litton achieved.”

To read more about Litton’s life, his work and his lasting impact on the conservation movement and river running, check out the links below. 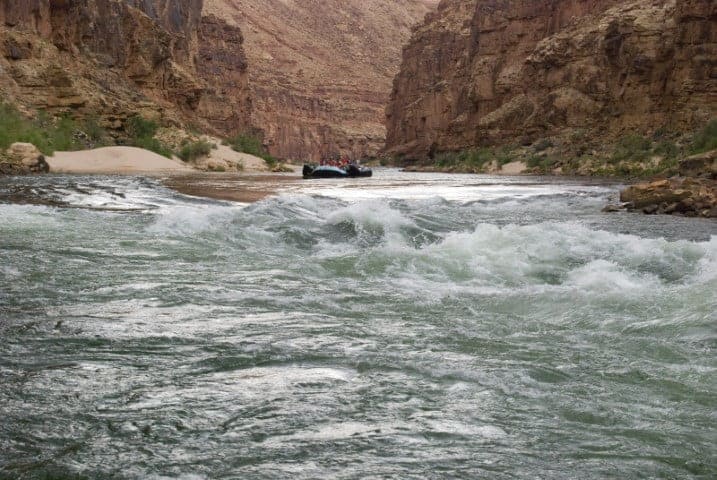