A Brief Tour of National Parks in Thailand 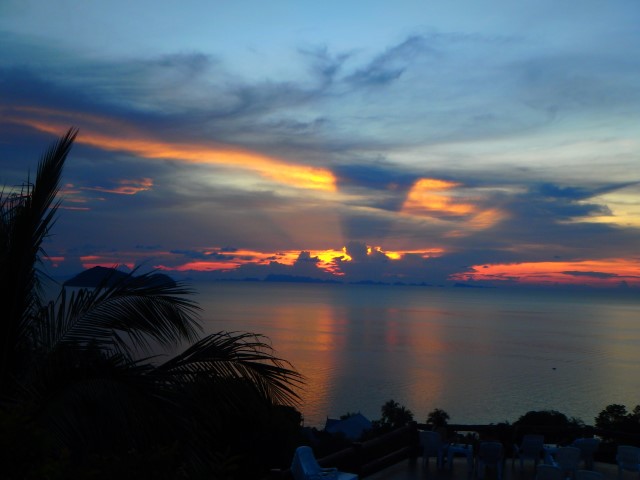 I recently returned from Thailand where we spent time exploring some of the National Parks. While there are many differences between the National Parks in Thailand compared to the United States, the experience found me reflecting on the positives and the negatives of the Parks in both places. While Thailand is only three fourths the size of the state of Texas there are 127 different National Parks, compared to just 59 National Parks in the United States. The Park Service was first created in the U.S. in 1916 with Yellowstone as the first park. Thailand created its Park Service in 1961 with Khau Yai as the first park. So why the discrepancy in numbers?

Size does matter. The largest National Park in the U.S. is the Wrangle St. Elias N.P. in Alaska, covering an area of over 13,000 square miles. Thailand’s biggest is Kaeng Krachan N.P. covering 1,125 square miles, close to the size of Yosemite National Park- the 16th largest park in the U.S. The parks we visited had a much different feel. Instead of visiting a swath of protected land, in Thailand we found pockets of special places protected from already busy tourists areas.

In Krabi province we hiked to a lagoon. Just outside of Railey beach we found the trail that went straight up the mountain, and back down into the innards of this peninsula peak. This hike made Grand Canyon hiking seem easy! The trail was only maintained with old ropes to help navigate vertical rock sections and very slippery mud. One group we passed was tying in with ropes and harness. When we got to the lagoon we had the place to ourselves. Wading into the center of the green pool we found ourselves surrounded by a vertical forest, with verdant plant life growing out of the limestone cliffs and closing out all but a circle of sunlight above. It felt like we had stumbled into an unknown paradise. There where no placards along the way, no steps cut or built into the trail, no improvements constructed to frame our perception of this place. 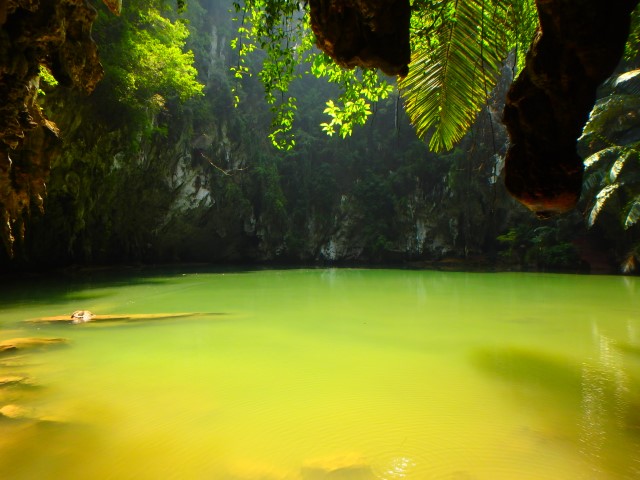 Nearby Diamond Cave was another National Park site that had a much different feel. This was the only place that had an entrance fee, all of $1. It reminded me of a mini version of Lehman’s Cave in Great Basin National Park in Nevada. Although we were only allowed to see a tiny fraction of the cave, similar infrastructure had been built to protect the fragility of the stalactites and stalagmites. Unlike the mandatory cave tour in Great Basin, we were free to explore the fenced section on our own. 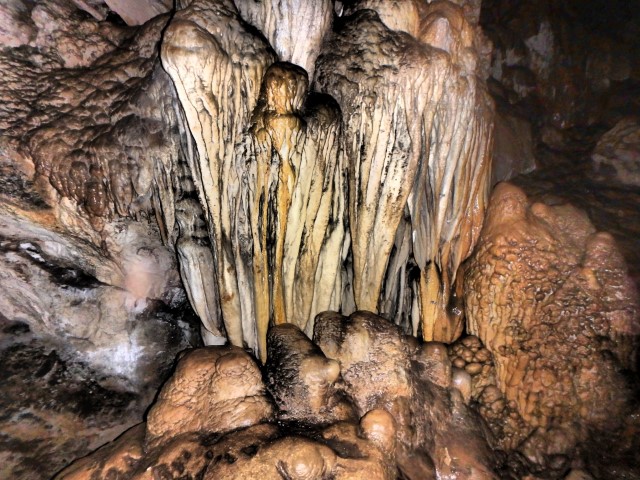 Next we went to the Than Sadet National Park on the island of Koh Phangan. We passed a small visitors center with no entrance fee and walked up to a waterfall. The one sign that we saw told us we were looking at a waterfall named Phang Noi, a small fall sliding down a sliver of rock in the jungle. 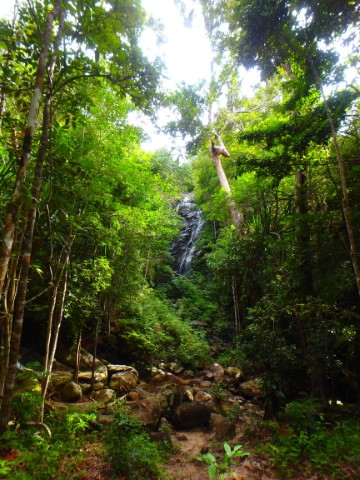 Up the trail was a larger falls, and the path turned into a scramble. Like the lagoon there were no improvements, just a trail through jungle and up rock, reaching an amazing viewpoint. 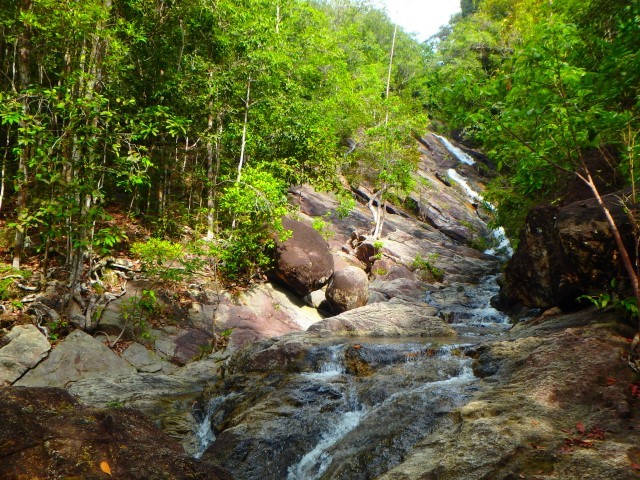 I appreciated the experience of exploring National Parks in Thailand. It felt more raw, less developed. I felt that it gave me freedom to interpret the landscape through my own lens. But I also felt that these parks were somewhat dirty. It made me appreciate the parks at home, where these special places are well taken care of. In Thailand we saw a lot of trash along the way, wrappers dropped and broken sandals laid victim of challenging terrain. I think that the best way to view our National Parks here in the U.S. is to get off the paved trail, get away from the signs and improvements and get on the river. To travel down the river through Canyonlands, Grand Canyon and Glacier Bay, is the best way to really see wild places in pristine conditions.     -Ben

Home » A Brief Tour of National Parks in Thailand 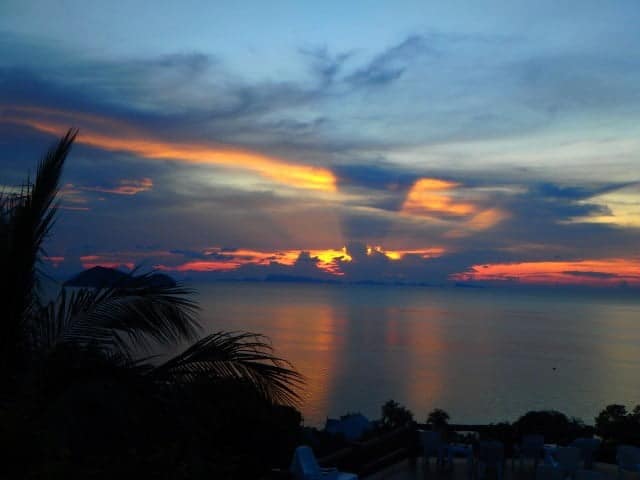