Friday at the Historic Book Library #1

In and Around the Grand Canyon-By George Wharton James 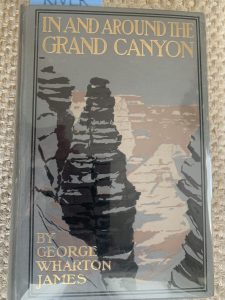 In and Around the Grand Canyon was published in 1900 by the Little Brown & Company of Boston.  The book contains over 100 historic photographs or “illustrations.”  The book details James travels in around the Grand Canyon including trips to Lees Ferry, Havasu Canyon, the summit of the San Francisco Mountains, the summit of Williams Mountain, Sunset Peak, and into deepest depths of the Colorado River waterway.  The book is dedicated to John Wesley Powell.

In the preface the author describes completing the book at the Bass Camp.  “…what book has ever had such a composing room!  Under the shelter of an overhanging rock with pinion boughs piled up and canvas stretched to completely exude the sun all day; the purest air of earth freely circulating around me, and the bluest sky of earth ever above me…”

James goes on to describe his composing room.”My paper weights are pieces of limestone, my shelf a rude deal box, my side desk a huge boulder, my table made in rough camp style, with my seat–a packing box–at one end, and my blankets stretched on the solid rock at the other end..”

George Wharton James was born in Lincolnshire, England on September 27, 1858.  He became an ordained Methodist Minister and immigrated to the United States with his wife in 1881.  He wrote more than 40 books about California and the American Southwest.  Some of his other well received books include the Old Missions of California(1905), The Wonders of the Colorado Desert(1906), Through Ramona’s Country(1909), and the Old Missions of California(1915).

James later divorced and married again.  He lived with his second wife in Pasadena, California.  His house was described as a kind of “museum salon.”  James passed away in 1923.

For anyone who loves the Grand Canyon, this book connects on many levels.  James beautifully describes Grand Canyon, is a talented writer, and an advocate for Grand Canyon.  The book does a nice job telling the human history of the Grand Canyon, particularly John Wesley Powell.  The photos and illustrations in the book are spectacular, and the book itself is beautiful with gold lettering and a nice cover.

River runners will particularly enjoy the historic photos, and James descriptions of going down to the Bass Camp, Havasu, Diamond Creek, and Lees Ferry.

From Chapter XVI-Mr. W. W. Bass and His Canyon Experiences

“What a life to Lead!  Never, or seldom, sleeping in a house, but out of doors, on Mother Earth’s sturdy bosom; dusty, dirty, rocky, muddy, often wet and always hard; bugs, flies, fleas, mosquitoes, centipedes, earwigs, rattlesnakes, and scorpions as occasional companions; in the neighborhood of rats, bats, wolves, foxes, coyotes, and skunks, and now and then bears and mountain lions; cooking over a camp fire where everything gets smoked, black, and dirty beyond remedy, and where handles get red-hot and cut into one’s flesh, and where smoke gives flavor to everything,—-and this in the best of weather.  But in “other” weathers!  Think of cooking in a sand-storm with fine sand penetrating everything; in a rain-storm, when wood is wet, fire won’t burn, and everybody is ill-tempered, and hungry; in a wind-storm, when the smoke whirls and swirls in every direction, and one’s eyes are blinded, and the fire burns now to the east, then to the west, veers to the north, then to the south, and finally to all points of the compass and up and down at the same time!  And eating and sleeping and riding and driving and working have all to be done under similar adverse conditions.”

Home » In and Around The Grand Canyon 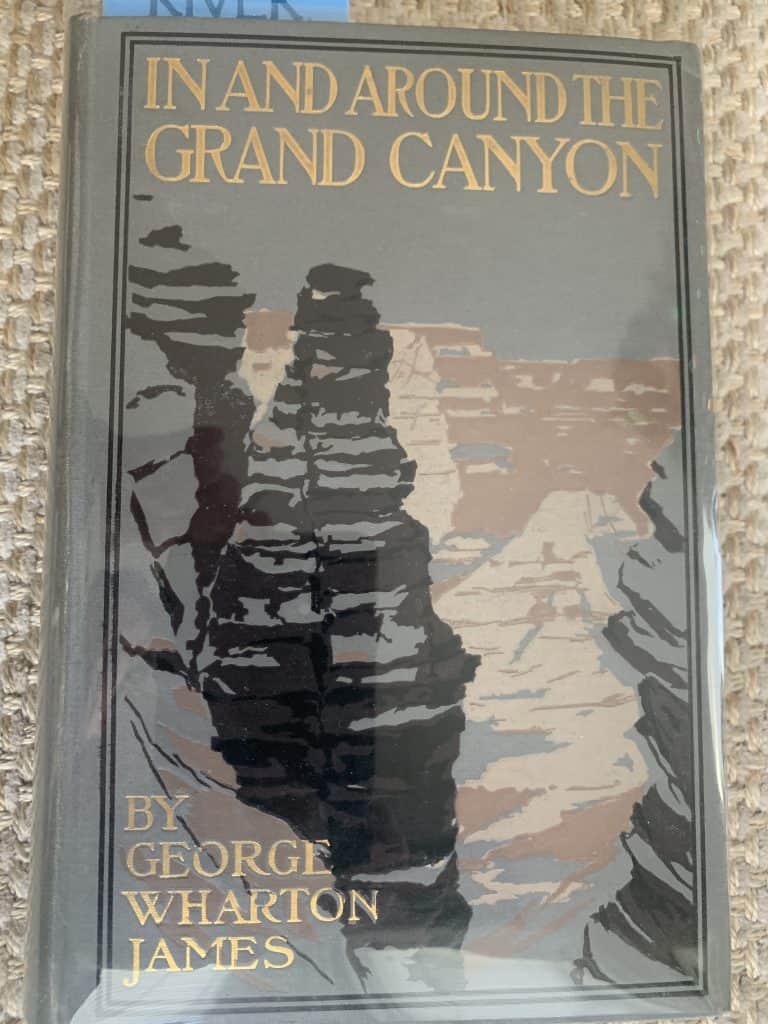